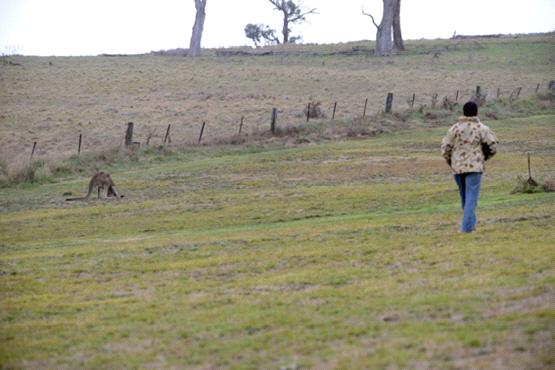 After an initial site assessment of the target animal, and a safety briefing given to the onsite wildlife carer as well as the residential occupants of the property at Wallaroo NSW.   The appropriate dosage rate of sedation was calculated for a 95kg male EGK, drawn and loaded into the pneu-dart projectile ready for application.

The target was acquired from a safe acquisition point after a 200 meter approach creep to the target.  Distance was calculated as to provide the appropriate velocity to the projectile/ target animal as to alleviate any impact injury during the dart delivery.  The oblique target animal was successfully sedated and supine within 4 minutes, and ready for recovery and transportation prep. 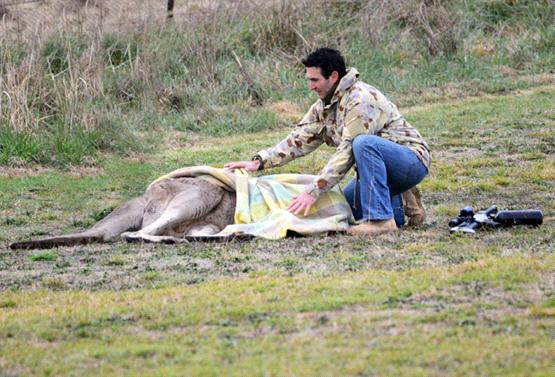 During the preparation for transport phase, the target animal was assessed for his medical requirements.  The initial assessment determined the large male required further Veterinary intervention.

The large male was released into the care of the wildlife carer for transport to a specialist Veterinary surgeon for cataract surgery.

After successful surgery for the cataract, the large male was provided a safe rehabilitation period in a 5-acre enclosure under constant monitoring to assess his recovery.  The large male was released within his new safe 2000-acre habitat.